In 2021, you would have found Molly Welton serving coffee by the beach in a converted 1960 Layton travel trailer. California Kahve marked the realization of Welton’s dream, a coffee stand where sand blew through its door. Now you’ll also meet Welton at his first permanent coffee counter inside the cowhide-walled Park James Hotel in Menlo Park, a seemingly surprising departure from his company’s bohemian roots.

However, after an eventful year spinning through multiple locations, adding a food truck to complement the Layton trailer and sparking “outrage” for bringing crowds to San Francisco’s Great Highway, Burlingame native Welton , do not hesitate to come back to her. roots in luxury hotels (at least a few days a week).

Welton describes herself as a lifelong coffee snob and has even considered an indiscriminate palate a dating red flag. When her husband stopped by 7-Eleven for coffee on one of their first dates, Welton thought, “Oh my God, maybe this guy isn’t for me.”

After all, Welton’s days were filled with neatly pressed and folded tablecloths and warm greetings to guests dragging their suitcases, which always included their names. A seasoned hospitality professional, Welton has spent time at the Ritz-Carlton, Half Moon Bay and the Four Seasons in San Francisco. 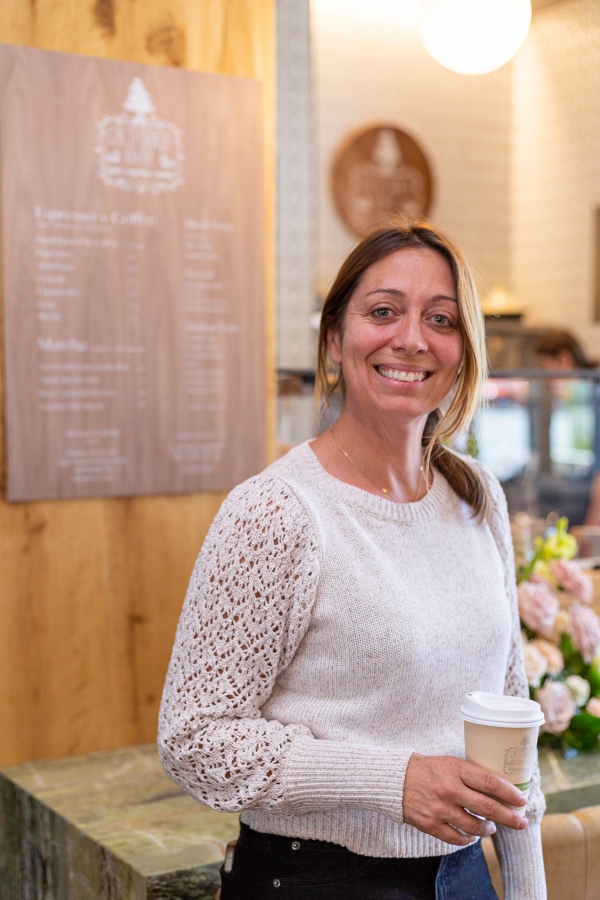 Throughout her career, Welton always made sure to stay close to the white sand that lay beneath her toes and the cooling sea breezes. Her first job in the hospitality industry was in Honolulu, serving cocktails and tending a bar in 2003. Inspired by the mobile coffee carts and vans of her husband’s native New Zealand, Welton found a way to combine his passions for coffee and the coast.

When a battered Layton trailer went on sale in 2016, Welton began work on converting the cramped, cream-colored trailer into a coffee counter. A few wooden panels lined what became the service window, and a space was carved inside for the espresso machine, coffee cups, pastry case, and other neatly tucked-in amenities.

However, a few months later, Welton learned that she was pregnant. While she had less time to work on the trailer, raising a child reinforced her desire to start a family of beachside clients with her son playing in the sand nearby. Late nights, weekends and holidays spent under ornate chandeliers in hotel lobbies have put a heavier strain on Welton now that they’ve separated her from her child. “I just nibbled, I just retired for a few hours and painted something or measured something,” she says of the five years she spent customizing the Layton trailer and creating his company.

The pandemic caused another delay in the launch of California Kahve, but the mobile cafe business finally opened in 2021 and spun through parking lots near Ocean Beach in San Francisco. Welton quickly encountered the many challenges of running a mobile business, including the art of parallel parking a trailer in a tight space.

“You don’t just walk into a storefront, turn on the lights and it’s all there. I literally have to build a cafe every time,” says Welton, who juggled fixing the generator while dragging some ice to keep the milk cold.

Perhaps the biggest hurdle Welton faced stemmed from a seemingly great opportunity, a pilot program with San Francisco Recreation & Parks that placed his second vehicle, a full-fledged food truck, on the Great Highway of the city in November 2021. Organizers envisioned a “Great Walkway” filled with art exhibits and other vendors. However, anger over the diversion of cars to local neighborhoods and complaints from nearby business owners spilled over into protests that tabled the initiative months later.

Grateful for the experience of selling coffee to barefoot beachgoers in sunny San Francisco, Welton cherished her brief stint on the Great Highway. She also found a host of supporters who learned of California Kahve’s existence through controversy. 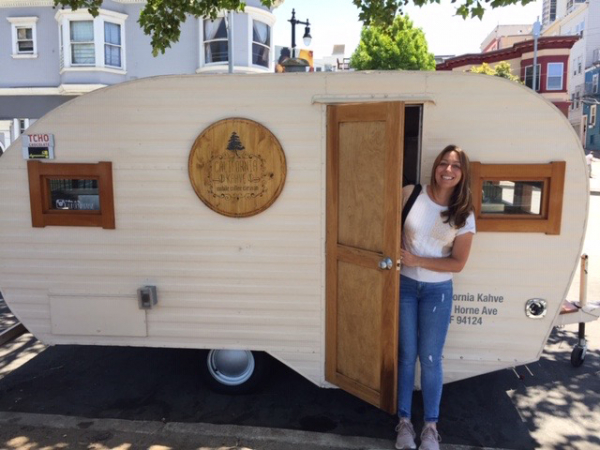 Among those defenders was the creative director of the Park James Hotel, whose Oak + Violet restaurant remained vacant the day before dinner service. Welton found the idea of ​​a partnership fortuitous given her professional background, and she has always enjoyed meeting travelers and the attention to detail that pervades luxury hotels. She also saw the potential to create a comfortable space for locals to congregate. “There are so many places to sit in a little nook with a book. I imagine people in the neighborhood, moms can come with their little ones,” Welton says.

California Kahve is particularly known for its visually stunning specialty drinks, including Wildflower Honey Latte and Dark Chocolate Orange Mocha. Welton’s philosophy is to implement small touches like a dusting of dried wildflower petals that convey its care to its customers. “It makes a normal moment really special,” she says.

The menu also includes ceremonial-grade matcha from Jade Leaf Matcha, which is harvested earlier in the leaf life cycle and has a delicate flavor and vibrant green color. Welton sources its coffee beans from Tiny Footprint Coffee, which claims to be the world’s first carbon-negative cafe by donating a portion of every purchase to fund reforestation. The beans come exclusively from farms owned and operated by women working with Femenino. For those who steer clear of caffeine, Rishi Tea & Botanicals’ line of herbal teas includes flavors like Elderberry, Blueberry Hibiscus, and even Mushroom.

For now, Welton is content with her trio of locations in what she calls a “cool triangle” reflecting where she grew up and her love of the seaside: the vintage trailer is at Stinson Beach and the coffee truck is in ocean beach. While she’ll never give up her vintage caravan, Welton admits there are some upsides to returning to the world of luxury hospitality.

“I rush and rush to the hotel, and I walk in and two employees are like, ‘Hi!’ (Everything is) fine. I don’t have to worry about the gas in the generator,” she says.

Dive into food news. Follow the Peninsula Foodist on Instagram and Sign up to the newsletter for insight into the latest openings and closings, find out what the Foodist is excited to eat, read exclusive interviews and follow trends affecting local restaurants.

Please ensure that your comments are truthful, on topic and not disrespectful to another poster. Don’t be sarcastic or belittling. All postings are subject to our TERMS OF USE and may be deleted if deemed inappropriate by our staff.